Artheau Aviation takes you to Iceland !

Do you feel the need to recharge your batteries?
Do you feel like putting enchantment back into your world?
Then let us be your guide….

Welcome to our Iceland operation. A land of extremes, of fire and ice.
It is not an exotic country that we are inviting you to discover but another spectacular planet. Only 3.5
hours away from Paris, Artheau Aviation invites you to discover a magical land.
Artheau Aviation flies you off to Iceland!
From the “Bay of Smoke”,  the capital Reykjavik, located 250 km from the Arctic Circle, is a
masterpiece within your reach. A powerful chiaroscuro, between the hot springs gushing out here and
there, and the powerful fjords of ice that connect the dark mountains and the salty seas. As you travel
through Iceland, you will discover many picturesque villages, including fishing ports such as Husavik:
Husavik, fishing port, Iceland
You can wander through city centers with urban and architectural features typical of the Nordic
culture to the traditional settlements that have been home to the Icelanders for more than 1,000
years! Made of peat mud and grass, they blend into this incredible landscape. Initially farmhouses,
these traditional dwellings are becoming increasingly rare, but thanks to passionate craftsmen, these
ancestral techniques still survive.

Of course, we have to mention the famous Icelandic geysers who gave their international name to
these hot springs that gush forth intermittently, revealing the energy and vitality of our planet. These
streams of water and steam can exceed 30 meters in height, or more than 11 floors!

Another experience not to be missed is a dive into this hot spring cave, Grotaja, dug by the lava
through the rock. More than just a cave, it owes its special character to the fact that it is the extension
of the rift that delimits, according to plate tectonics, the separation between Europe and America! If
you still doubt its appeal, you should know that the Game of Thrones directors did not hesitate: this
cave was used as a set for episode 5 of season 3 entitled: Kissed by fire Grotaja Cave, Iceland. 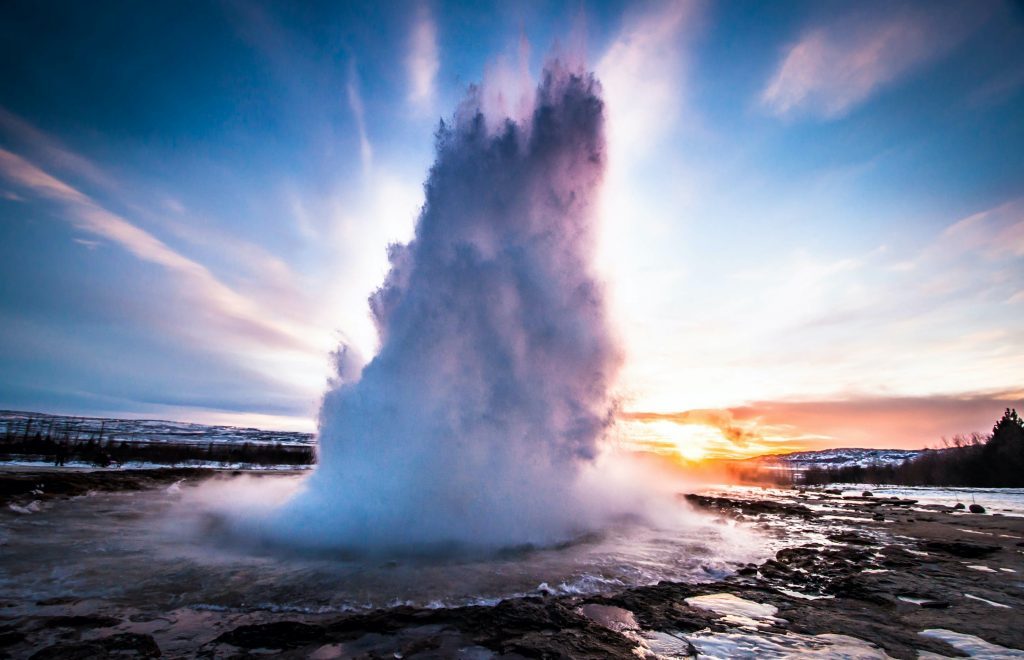 Close to Grotaja, in the Mývatn region, you will discover the Godafoss&Fall. It is one of the
most beautiful waterfalls in Iceland and is closely linked to the history of Christianization in this
country. An impressive waterfall with a width of 30 meters for a height of 12 meters, it inspires calm
and respect with its characteristic U-shape.

Towards the end of the 10th century, Christianity began to spread on the pagan island. To avoid any
conflict between the Icelandic people, in the year one thousand, the Althing decides to adopt an
official religion. He leaves the decision to the pagan law-disaster “Þorgeir Þorkelsson”, who was
considered wise and just by pagans as well as Christians. After retiring for a day and a night, he
decides that Iceland must become Christian. Þorgeir then returns home to the north and passing by
this natural waterfall, he decides to throw the idols of the ancient gods like Odin or Thor into this
water. Thus was born the name of the “Gods&Godafoss”, Fall of the Gods, Iceland