Golfing on one of the most glamorous courses in the world, in Brazil? Let’s visit the “CANAL+ L’OCCITANE EN PROVENCE” Golf Trophy

We were at the Terravista Golf Club, one of the most prestigious in Latin America, with a dream course, especially on the 14th hole where the green runs along a 50 m high cliff and the ocean …

Impossible for our customers to make this trip to Brazil with a regular airline (23h flight). And it is the Artheau Aviation team, which always has at heart the requirement and the satisfaction of its customers, which has been selected to organize this charter and overcome a difficult landing field. The runway being very short, the use of a medium-haul aircraft was preferable and recommended. A Boeing B737-700 from ASL Airlines was therefore chosen, requiring a 50-minute stopover in Cape Verde. Our partner met our specifications to make this flight in optimal conditions! 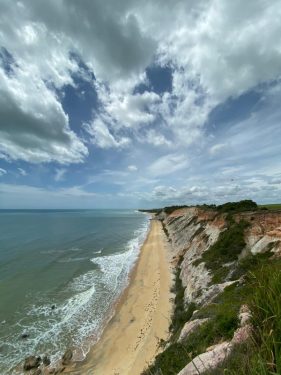 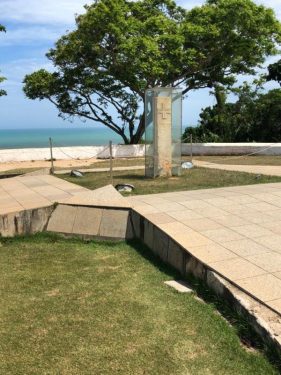 In order to win his ticket to the south coast of the state of Bahia, near the city of Trancoso where the prestigious Terravista golf course is located, one had to win one of the qualification tournaments of the “CANAL+ L’OCCITANE EN PROVENCE” Trophy which took place on August 2, 2019, simultaneously on 34 golf courses in France and one in Switzerland. Out of 4,351 participants, 72 winners were then able to fly to Brazil to compete in the final from November 29 to December 4, 2019.

Between sea and wild vegetation, the Terravista golf club is located on a plateau 150 metres above the sea, offering a heavenly view of the ocean. It also has the peculiarity of having a theatre on the course, which hosts the annual Trancoso music festival. This is the kind of event that adds wonderful memories to the golfers experience! 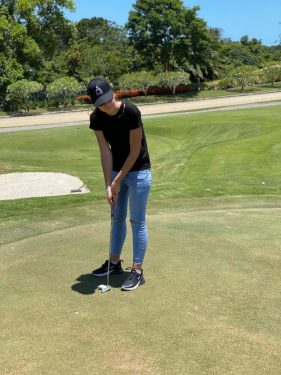 As an article of 10/12/2019, published in the depeche.fr reminds: “Terravista, land in sight… This is the place where, 500 years ago, the Portuguese would have seen Brazil for the first time. Located on the cliffs of Trancoso, a fishing village on the south coast of Bahia, the Terravista golf course is considered one of the most beautiful courses in South America. Inaugurated in 2004, it was designed by the architect Dan Blankenship. It is a long, technical course with complicated greens. Its ochre cliffs dominate the Atlantic Ocean. The first nine holes are in the rainforest, the last nine along the sea where it is possible to observe giant turtles. The 14th hole is the signature hole. It’s a par three, the green is on the edge of a 50-meter cliff… Guaranteed thrills.”

The “CANAL+ L’OCCITANE EN PROVENCE” Golf Trophy has place dits trust in Artheau Aviation for the 3rd consecutive year and we give great thanks.

By Admin| 2020-01-24T16:57:16+02:00 November 29th, 2019|Actu, Artheau Aviation, Aviation Commerciale, Aviation d'Affaires|Comments Off on Golfing on one of the most glamorous courses in the world, in Brazil? Let’s visit the “CANAL+ L’OCCITANE EN PROVENCE” Golf Trophy